Graphic Design: An Introduction to Typography

Typography is everywhere. But with the rise of word processors and automated design software, we think about it less and less every day. Our computers, great little machines that they are, have taken much of the leg work out of producing legible text blocks. But in letting computers do the work for us, we run the risk of losing something beautiful and good. Typography has a long and noble history that goes back to Gutenberg and his first printing press in 1440.
But don’t worry, I won’t regale you with the long history of printing, type-setting, and typography – but just let me say that for centuries the work of creating legible and beautiful text was an honored creative task. Graphic designers are some of the few remaining people who still appreciate the power and influence of typography.

At its most basic level, typography is the process of designing and arranging type to create a final, legible print. It dates to the original printing presses, where each letter was selected individually to compose pages of text and the basic idea has remained the same – although the process and medium have changed greatly. Typography focuses on five primary areas: typeface, point size, leading, tracking, and kerning. There are other elements to typography (like alignment and line length), but these five form the foundation of modern typography:

We’ve already talked about how typography affects legibility – which should be the primary concern when working with text, but it is certainly not the only concern. Typographic also affects character, pace, and style – even if it does so subtly.
The obvious place where typography matters is in branding decisions. We come to associate certain fonts and styles with certain brands, but beyond that does typeface, tracking, and kerning really make an impact with people? It does, even if we are not always aware of it. Even boring old Times New Roman communicates ideas of professionalism, while a more whimsical typeface will convey and ideas of fun and lightheartedness.
Like many art-forms, good typography isn’t noticed. But to understand why typography matters try substituting professional typography with some amateurish. Would you trust that academic paper if it was printed in comic sans? Would that billboard be effective if the leading and kerning made it difficult to read? Would a business flyer make the same impact if the type didn’t match the design style?
So why does typography matter? It matters because bad typography can ruin a good design, and good typography can salvage a mediocre design. Typography matters because it sets the pace, because it influences the style, and because it speaks volumes – even if at a whisper. 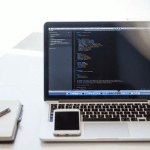 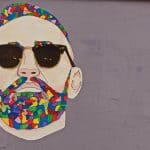