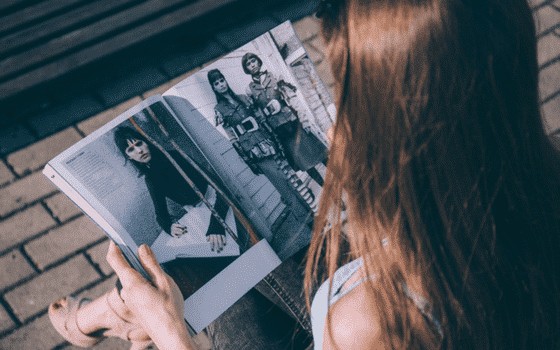 The modern consumer is bombarded with advertisements. According to one recent study, we are exposed to 362 advertisements every day – that is over 22 for every waking hour, or one every three minutes! But the numbers for ads that make an impact or generate engagement are way lower – at about 12 per day (that’s just one every 80 minutes). Becoming one of the 12 out of the 362 that make an impression means designing ads that are engaging, interesting, and stand out from the crowd.
Here are ten ways (with examples) to design ads that will make a splash with consumers:

Always good advice, and it applies double to advertising. Consumers generally won’t take the time to dig through advertisements with too much detail. Cutting through the noise means designing ads that are simple yet impactful. 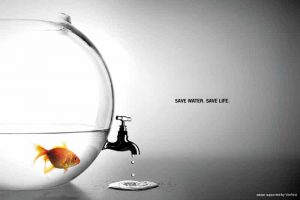 Here’s an ad that has four words and two colors. Yet it gets a powerful message across in the simplicity – an entire story is told in the first seconds of looking at the ad. Simplicity at its finest!

Many successful ads require a second look. By incorporating an element of surprise in your display ads you can force consumers to pause and take a second look – a valuable move when you’re looking to make a lasting impression. 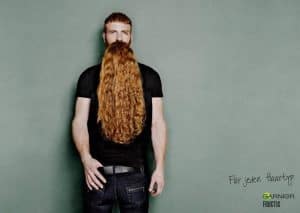 This appears simple at first. A man with a long beard – certainly not an unusual sight these days, but something seems off. The ad requires a second look to find out just what that is.

Everyone loves to be in on the joke. And using popular references, symbols, and jokes creates a feeling of inclusion with consumers. Ads that capitalize on this sense of inclusion create brand loyalty and positive emotional associations. 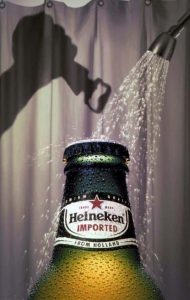 Heineken consistently makes great advertisements, and this one is no exception. By working with themes from the popular movie ‘Psycho,’ they can come across as both light-hearted and connected to their audience.

So much of today’s advertising finds its power in being funny. Generally, I love funny advertisements, but sometimes tapping into more powerful emotions can be an effective way to make an impact. 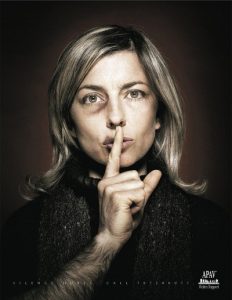 While this ad is eye-catching for a lot of reasons, but the most lasting impression is the emotion that it captures. The feeling of being threatened and attacked is palpable – creating an image that will stick with viewers for some time to come. Obviously, the use of powerful emotions isn’t right for every ad – but used properly it can create a lasting impression.

A Puzzle to Solve

We said earlier that ads should be simple to understand – here’s one of the few exceptions to that rule: making your ad a riddle or puzzle to be solved by the viewer. The difficulty is finding the right balance – too easy and viewers move on, too difficult and they won’t make the connection, or just right and the viewer is rewarded with a sense of accomplishment.

The connection between flexible bandages and the Incredible Hulk isn’t immediately clear. But after a (precious) few seconds of consideration, the viewer gets the joke – Bruce Banner needs a Band-Aid that can stretch!

You have a target audience in mind when you design your ad – so why not include them. Not literally, but try designing an ad around someone that your audience immediately relates to. Consumers can see a better version of themselves in your ad – if only they will buy your product! 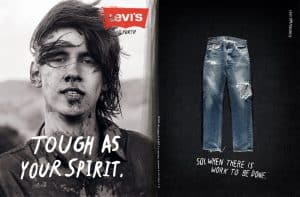 This advertisement from Levi’s appeals to a hard-working, blue-collar demographic (and probably some hipsters too!). We might not get that dirty at our jobs, but that’s how we want to feel – like we’ve put it all on the line for a hard day’s work.

Startling imagery can make a powerful impression on consumers, the challenge comes in finding a design that shocks without repulsing. Many may not say they love a shocking ad, but it is sure to make an impact on the gut level of viewers. 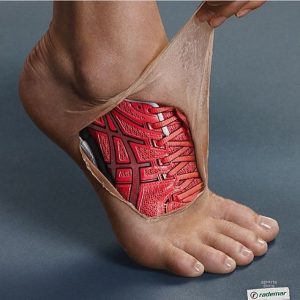 The visuals here are not very appealing – but, like a car wreck, it is hard to look away. This ad strikes that perfect balance by being shocking without being disgusting – and it is hard to un-see such a visual image.

Make Text a Part of the Design

Most advertisements need at least a few words to get their message across. By making that text a part of the design rather than an afterthought, an ad can feel more cohesive and integrated. You’ll need a creative team that can integrate graphic and copy work, but the payoff is worth it. 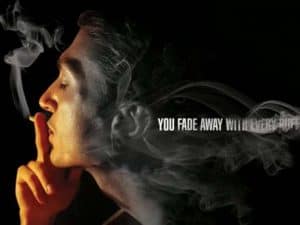 This ad’s use of the copy/design integration creates an eye-catching image that furthers the message of the ad itself. It takes an otherwise pedestrian anti-smoking campaign and turns it into something creative and impactful.

Another method that requires a delicate balance – being controversial in your advertising can quickly backfire, so make sure you’re ready for any potential fallout. But when done properly, an advertisement that pushes the boundaries a bit can create a memorable experience with consumers – especially for a brand that has an edgier identity.

I had an example here, but it might have been a bit too controversial. But I’m sure you can use your imagination here!

Always good advice – in life or in advertising: embrace the weird. When you’re one of 362 daily advertisements, you better do something to stand out from that crowd. Embracing the weird can go in a lot of different directions, but they all involve getting off the beaten path and creating something that is different, unique, or maybe a bit strange. 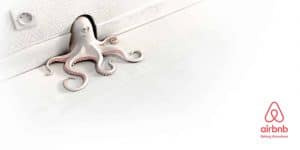 This advertisement from Airbnb is right up that weird alley. While also simple and easy to understand, it features an octopus living in a mouse hole. I have some many questions about this: what is it like in there? Why is an octopus living on land? Why is he so smug? Are there any octopuses (octopi?) living in my house?

Let the basic takeaway be this: in a crowded marketplace it takes creativity, boldness, and a little weirdness to successfully make an impact. The key to all this is finding a graphic design/advertising firm that you can trust. Getting outside the box isn’t easy, but with a strong client/agency relationship, you can build an advertising campaign that cuts through the noise and makes a powerful impact on consumers.
Fusion Group USA is a full-service graphic design and advertising firm, and we would love to work with you on creating ads that are meaningful, fun, and make an impact on consumers. Contact us today to see how we can help your next advertising campaign! 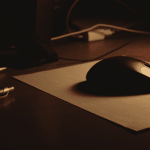 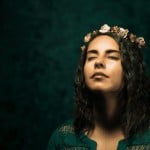